The renovation of the monumental office building Max is finished!

APF International commissioned Benthem Crouwel architects and Ditt Projects to restore the monumental building at Keizersgracht 572, in its former glory. Through a refined renovation and strong cooperation, we created this unique high-quality office in the city center of Amsterdam.

Max
The Keizersgracht translates to the Emperors-canal and was named after the Emperor Maximilian of Austria in 1612. Our office building Max pays a tribute to this history and invites its new residents to pick up the threads of this inspiring heritage.

Back to its former glory
This charming monumental building had been renovated numerous times and therefore lacked consistency, was built-in and lost its monumental feel. Our essential intervention was to free the monument of all unnecessary walls, blocking staircases and lowered ceilings to create roomy and light floors that could be arranged flexibly.

Brand new annex
The annex of the building has undergone the greatest change by replacing the entire façade. The new, glazed plinth connects the bottom floor with the garden, while the new façade with profiled panels of mineral composite give the building a pronounced and sturdy appearance. Large, opening windows with French balconies are aligned to the grid of the façade creating a rhythmic pattern of carefully detailed surfaces.

Bringing light into the basement
By placing skylights in the courtyard, daylight now floods the basement of the building, transforming it into a pleasant, bright space that, due to its own group of toilet- technique facilities, can be fully utilized.

Monumental period rooms
The monumental rooms at the front of the building have been restored in close consultation with the Monument and Archeology Office in Amsterdam to bring back the original feel as much as possible. The lowered ceilings have been removed to restore the height of the rooms and the detailing is done in the characteristic style of the historic period rooms. 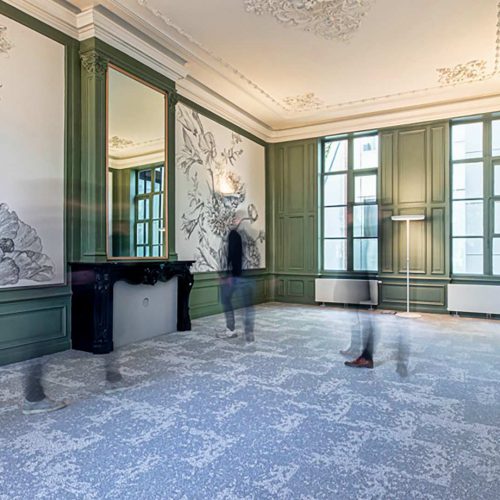 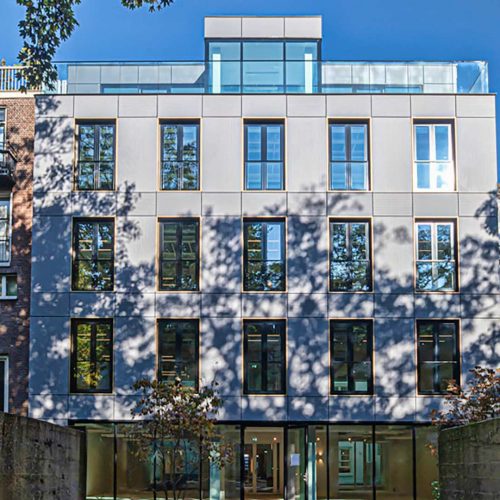 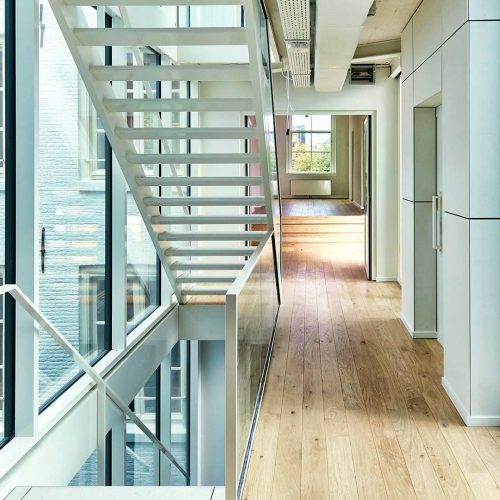 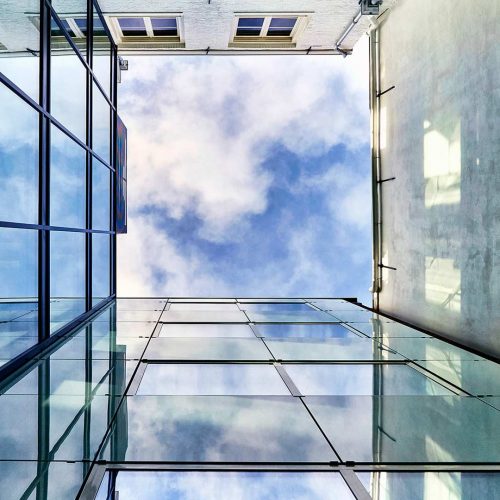 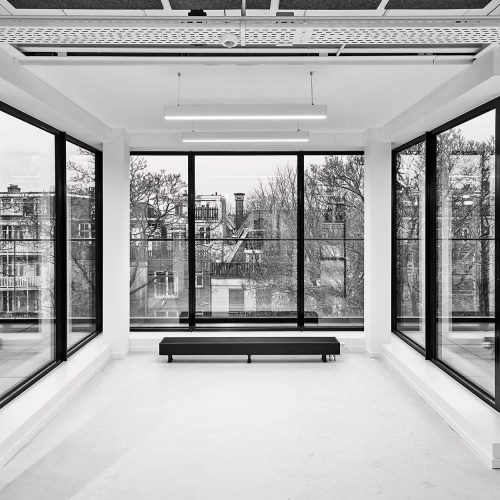 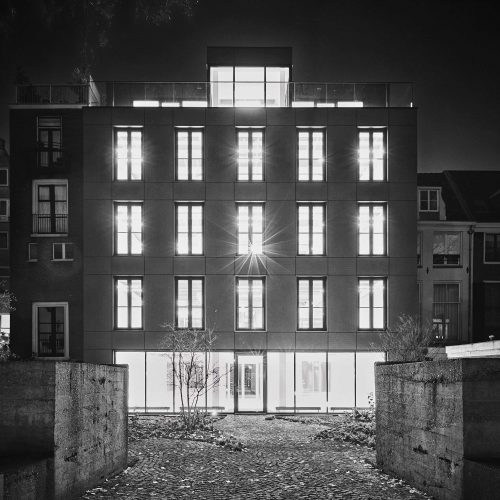 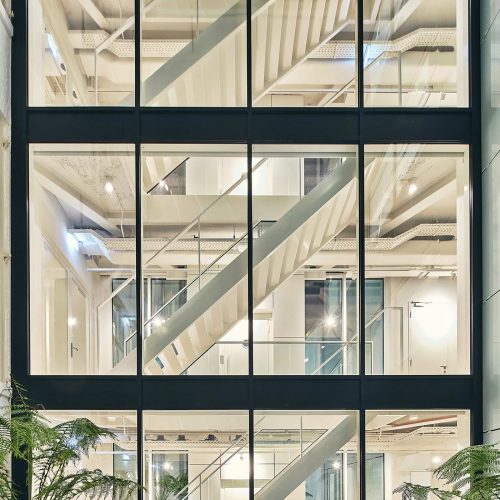 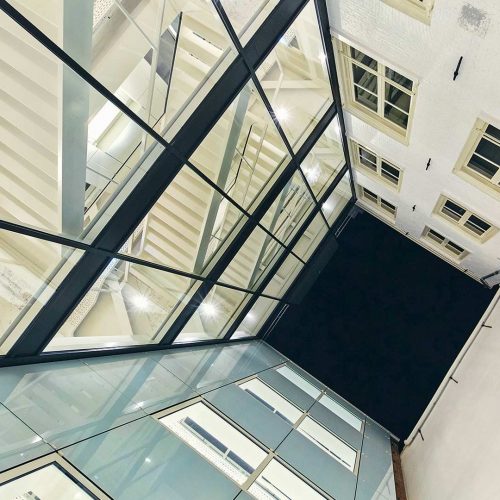 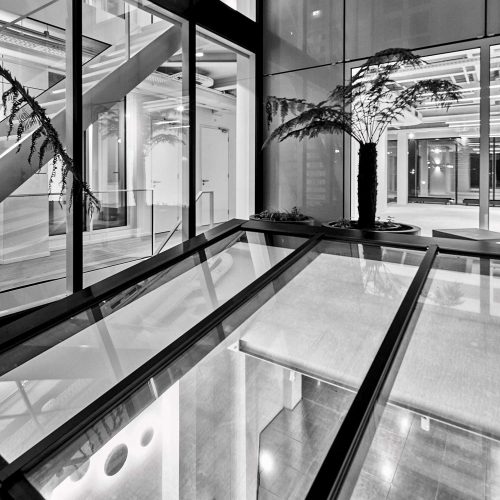 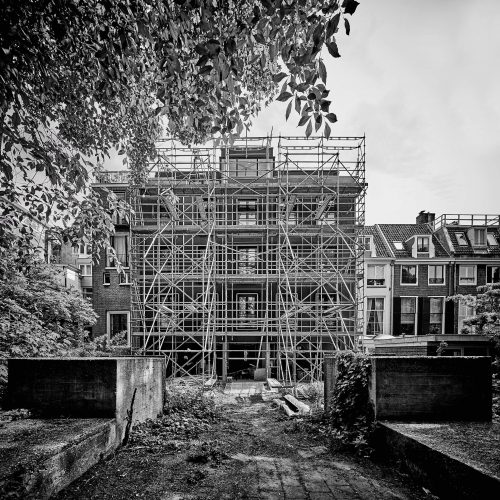 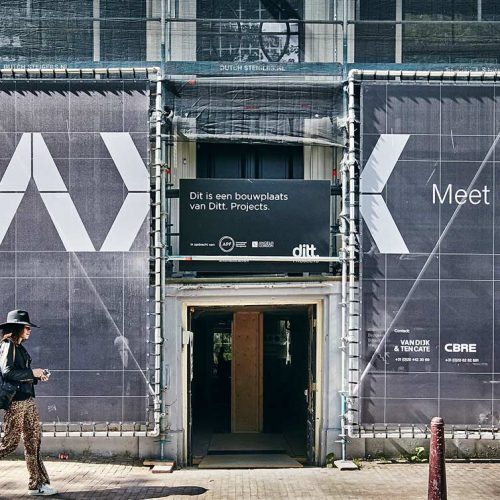 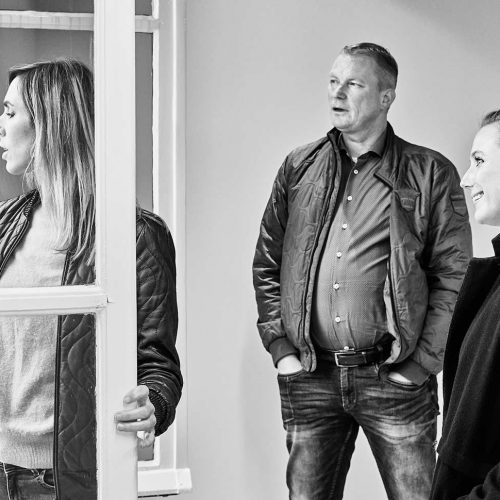 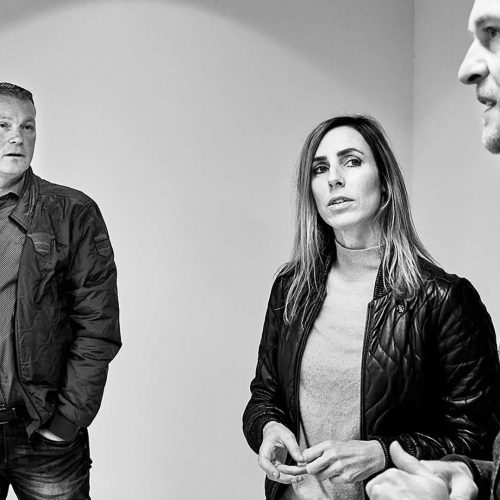 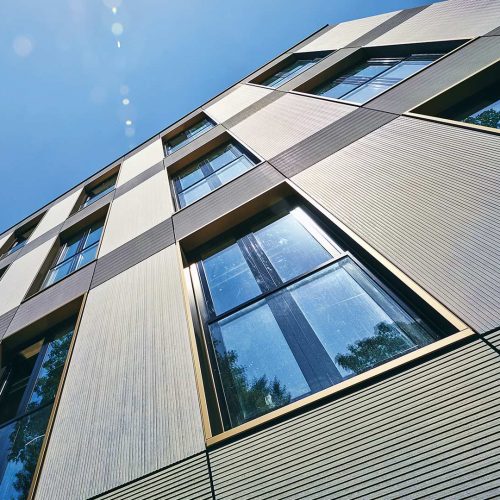 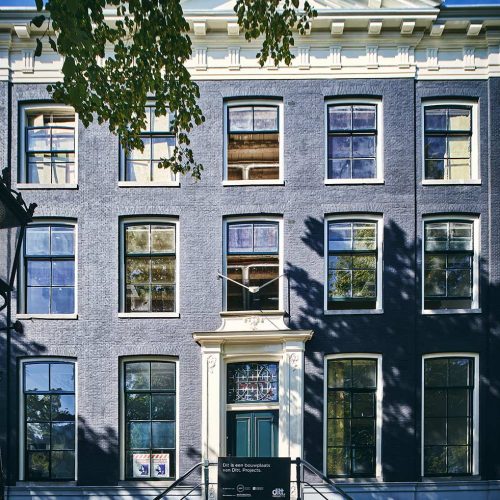